My name is Arjan de Wit. I create music for and with film makers, artists, ensembles and makers in the broadest sense. Over the years I have developed an extensive skill set in writing, arranging, recording, producing and mixing music. 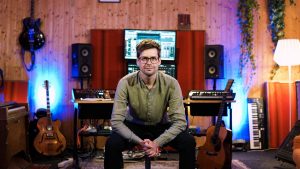 When writing music I develop my ideas inspired by ‘everyday’ concepts e.g. nature, space, time, movement and growth, combined with a process of playing around with acoustical and electronic instruments and other objects. I aim to find a unique sound and/or theme for each project I’m working on.

I studied composition and music production at the Utrecht School of Arts, where I graduated with a Master of Music, European Media Master and a Bachelor of Music with Honours in composition. 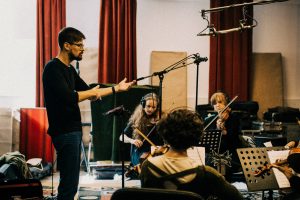 Together with Bas Bouma, I own the company Room Service Music. I have an in-house studio which allows me to produce most of my music, but occasionally I will find a suitable location for recording instruments and ensembles that require more space or some nice acoustics.

Best Music for the short Marijn at Eindhoven Film Festival.

I am available for coaching and training sessions.